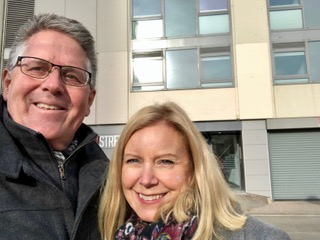 On Friday we finally moved into our new apartment. Thank you so much for praying! We would have sent an email earlier, but we don't have internet. Unfortunately, it will take about two weeks, so if we don't respond to emails right away its because we have to go to a local coffee shop. We're enjoying our nice modern bathroom since the one in Berlin was pretty old. 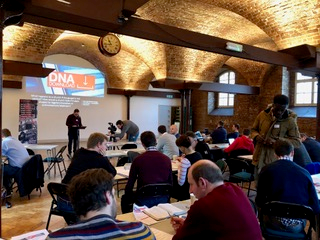 Last week we were in London for a 2-day training where we met men and women from 7 cities in the UK who are interested in either growing their churches or planting new ones. We were impressed with several places where God is at work. In Edinburgh, they planted six churches and in Birmingham 17 were planted since 2010. 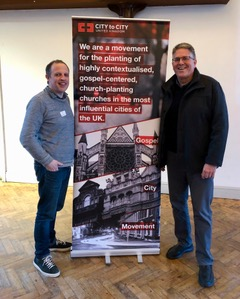 We look forward to coming alongside these young leaders, encouraging them and equipping new church planters in other cities. In March we will resume our travels to Eastern and Central Europe where we will continue to find new church planters.