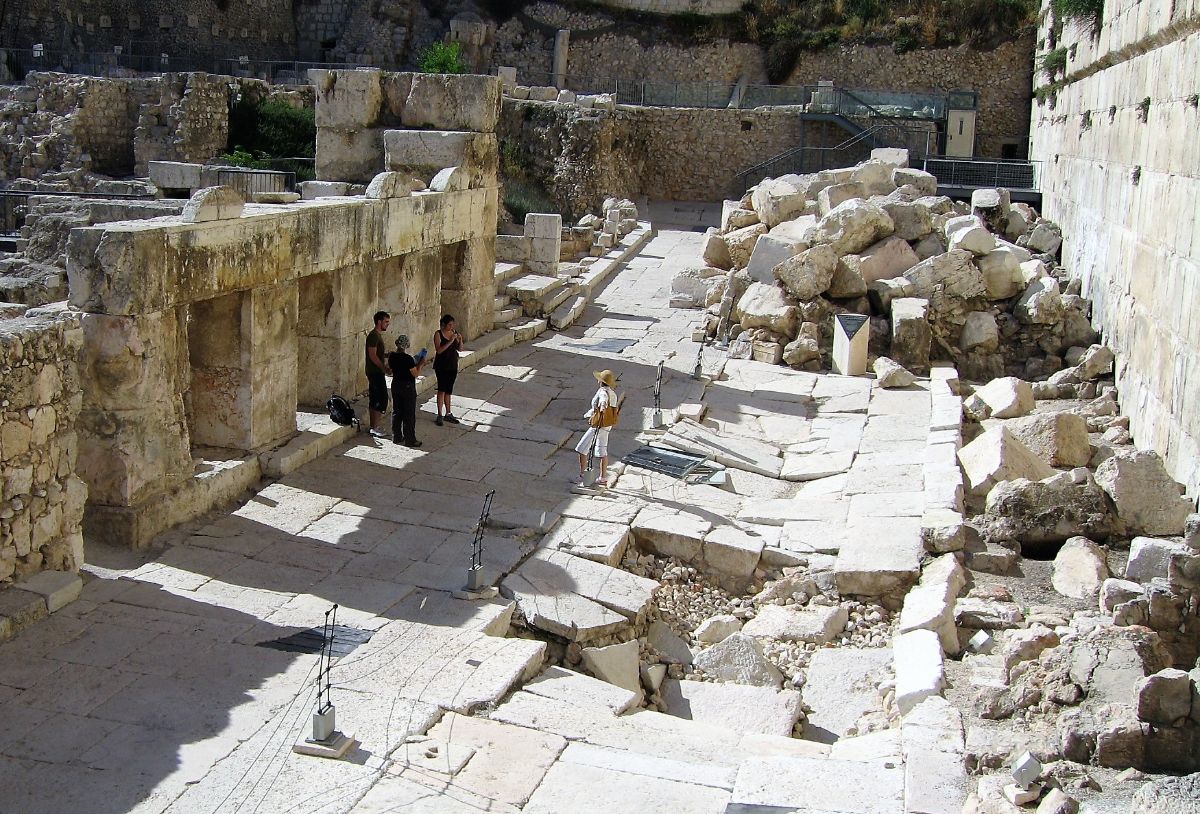 CELEBRATING JESUS AND HIS REASON FOR COMING
Years ago, I visited this place many times when it was an active archaeological dig. As a grad student, I made friends with the night guard. He allowed me to come privately after hours to crawl through the dig. More than two decades later, I returned and took this picture when the project was completed. I still savor this place. What is so special about this pile of rocks? Why this road on Christmas?

It was likely on this very Herodian street that a great miracle unfolded.  A young couple approached with an eight day old infant in their arms. They were very poor so two small birds would have to do according to the Law of Moses. This young married couple would have simply walked to one of the stores on the left to purchase an acceptable sacrifice.

Luke 2:22-26 ...And when the time came for their purification according to the Law of Moses, they brought him up to Jerusalem to present him to the Lord 23 (as it is written in the Law of the Lord, “Every male who first opens the womb shall be called holy to the Lord”) 24 and to offer a sacrifice according to what is said in the Law of the Lord, “a pair of turtledoves, or two young pigeons.” 25 Now there was a man in Jerusalem, whose name was Simeon, and this man was righteous and devout, waiting for the consolation of Israel, and the Holy Spirit was upon him. 26 And it had been revealed to him by the Holy Spirit that he would not see death before he had seen the Lord's Christ.

Though Joseph, Mary and Jesus were "nobodies" in the midst of a crowd at this Temple entrance, the Father was going to honor His Son as the "Greatest Somebody" to ever enter His Temple.

God had held an old man named Simeon in the wings for this moment. Indeed, God had promised a special experience for him.  Suddenly the old man is on the move to greet this new family. The Messiah who created the universe had finally arrived at His Father's House! Simeon would scoop into his arms the Creator God-Man named Yeshua.

This Christmas season we are still celebrating the moment attached to this street.  Drink in the picture and rejoice that later Jesus would return here on this major thoroughfare. First as a mere 12 year old to astonish brilliant Jewish theologians then 30 years later as a Man to fulfill Redemptive history.  This Christmas, thank God for His reality and presence.

As believers now, our task remains until He comes back again.  What task?  To tell the Biblical message of Christ.

I want to thank all of you for your faithful prayers and gifts in making the last year another period of significant impact upon the churches of Africa.  I couldn't have done this without the Lord and His working through you.  Thank you very much!

PREPARING TO RETURN TO RWANDA & DRC
Jan 24-Feb 8, 2019
In a few weeks, I will be returning with Richard Goswiller and Dave Forbes to teach Ephesians to 40 of the top leaders in two regions. This is special in-depth training for a smaller select group to send them out to teach their peers and churches in DR Congo and Rwanda.

In addition to this training, we are also formally beginning preparations for establishing a theological school for pastors.  Since the government has closed many churches, they are now requiring a Theological Degree for all pastors.  This means that new pastors cannot become ordained until they get a degree and those who are currently pastors must move over the next three years to obtain the same degree.  So this is a major challenge for which I need your prayers and support. 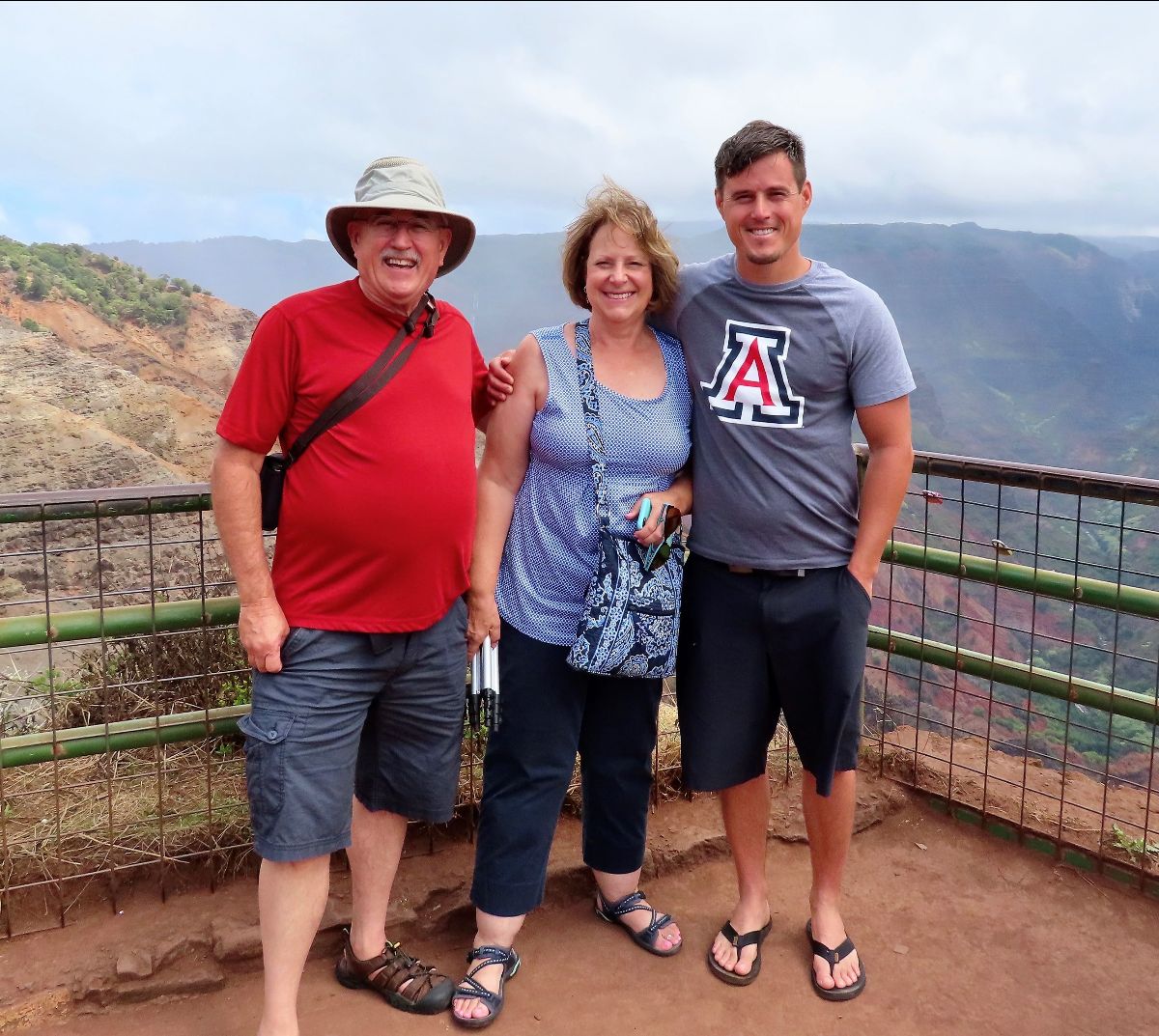 Our son Zachary has been deployed by the Army for over a year in Oahu.  God made a way for Sarah and I to spend two weeks with Zach enjoying his neighborhood.  Not bad for a military assignment!  This was a special time for all of us in seeing the beauty of God's Creation while enjoying Zach.

PRAY FOR...
- Certified Instructor Training for these leaders of leaders
- Team Instructional preparations
- The Lord to prepare the hearts of the pastors