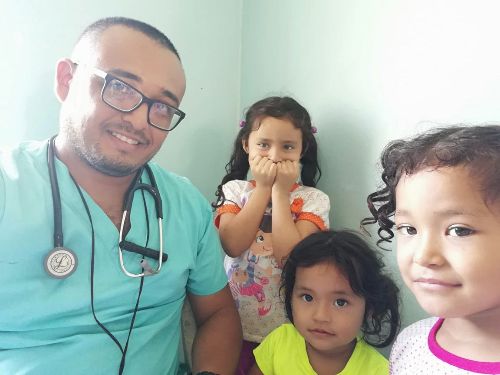 Roger's wife gave birth to a healthy baby boy on 1/22!  In December, Roger received his Honduran documentation to practice on his own.  The clinic had to be temporarily closed while working on government paperwork.  We are excited that soon we should be able to announce that the clinic is back open!  We also hope soon to open a fully functional lab. 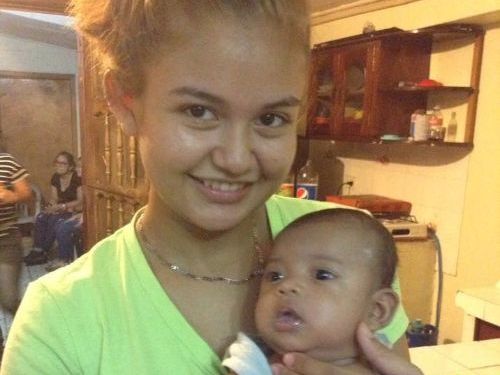 There are currently only two girls in the home.  We are praying for the LORD to send two more.  For now we see His hand in this as we have had a lot of mental/emotional issues with one of the young moms.  And with the other a lot of medical problems.  Maritza is pictured with her young son.  She had surgery just last week to remove her gallbladder and is doing much better. 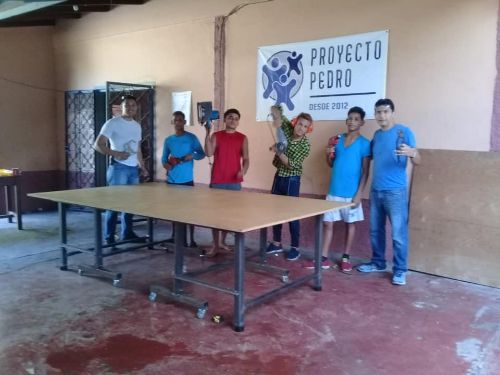 The boys are getting ready to start a new school year.  Our school year runs Feb-Nov.  During the break, the boys spent some time  building a pingpong table.  John was able to go over and help with some welding.
The project has taken some losses, however.  Three boys left in the last caravan for the States.  Two other boys were picked up by the social service dept and sent to live in a foster home out of the city. 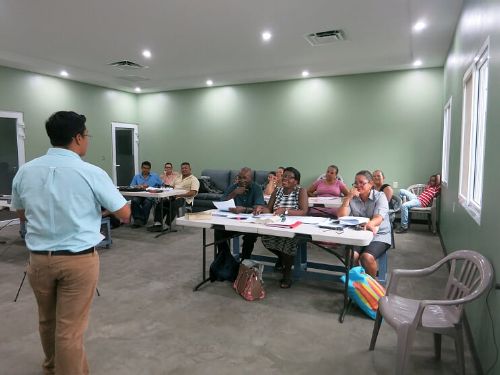 2018 finished with ten students completing their first year.  This year some of those  will go on to their second year while we start a new first year class.  Currently six students are enrolled.  We hope to add a few more students to that class. 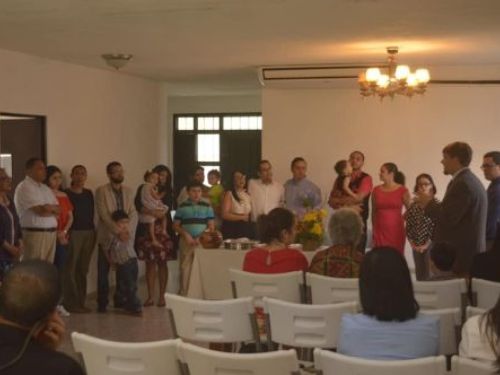 The Church is in their second year of worship.  A few weeks ago the church accepted it's first members.  On that day a baptism service was also held for the infants/kids of those members.  Now begins elder training!

1. For the Clinic to be able to receive all the final government permits quickly.
2. For the mental, emotional and physical health of the girls in PDE
3. For funding for the Peter Project
4. For more students for the seminary
5. For the elder training that is starting at the church.

All three older kids are now living in the States.  We are proud of each of them, but miss them like crazy!  Elias continues to do well in the home where he is living.  Poor Evan is left alone with his parents (secretly  he likes being an only child).2018 held a lot of travel for us, and 2019 is proving to be the same.  In January John attended a MTW Central America pastor's conference with several of our national partners. I, Kathy, attended a mission conference in the States. Together we will travel at the end of February for another mission conference.  We appreciate your prayers as we travel and try to increase our support account giving.  Also prayers as we parent adult children from afar; and, as we plan Sam and Rebekah's wedding!!!