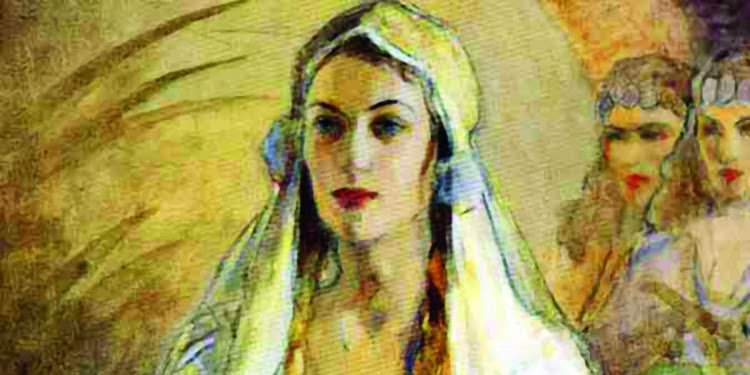 FOR SUCH A TIME AS THIS

"For if you keep silent at this time, relief and deliverance will rise for the Jews from another place, but you and your father's house will perish. And who knows whether you have not come to the kingdom for such a time as this?”

March is a month for both celebration and solemn observance.  Many began their observance of Lent this month.  Then there is St. Patrick's Day and the first day of Spring.  And, of course, we can't forget "March Madness" (our Tennessee Vols had a great season and made it to the Sweet 16!).

Yet, how many of us think of Purim?  You might recall from Sunday school that at the end of the Book of Esther, Mordecai obliged all Jews to forever commemorate their deliverance from the wicked man Haman on the 14th and 15th of Adar.  Adar is the last month of the Jewish ecclesiastical calendar and roughly corresponds to March.  So, this year (2019), Purim was celebrated on March 20 and 21.

Of course, Purim is celebrated because of the courageous faithfulness of a young woman who chose to risk her life in order to save her people from genocide.  The climax of this story would seem to be that moment when Esther comes before King Ahasueras, uncertain of her fate, and wins his favor.  But arguably the true climax comes before that moment.  Perhaps the true climax is when Mordecai confronts Esther about her fear, and Esther makes the decision to put her people before herself.  Once her decision is made, Esther steels herself to her task and commands Mordecai to gather all the Jews in Susa to fast with her for three days.  "Then I will go to the king, though it is against the law, and if I perish, I perish.”  Esther 4:16 (ESV)

The Book of Esther gives the historical account of how God rescued the Jewish people from genocide.  But it is just one piece of the larger narrative of God's redemptive plan - the rescue of His people (of every tongue and tribe) from sin and death - through Christ.  And from the moment that Jesus issued his command to make disciples of all nations (Matthew 28:19-20), every Christian has been called to participate in that redemptive plan.

Just like Esther, we have a decision to make.  Will we commit our present comforts and resources, even our life, to see others rescued from hell?  Perhaps Esther herself recalled the faith of Moses who "when he was grown up, refused to be called the son of Pharaoh's daughter, choosing rather to be mistreated with the people of God than to enjoy the fleeting pleasures of sin." (Hebrews 11:24-25)  The author of Hebrews further says that Moses "considered the reproach of Christ greater wealth than the treasures of Egypt, for he was looking to the reward." (Hebrews 11:26)

Mordecai's warning to Esther is also instructive. God will save His own, with or without us.  But consider what we stand to lose.  If we are truly His, we cannot lose our salvation.  Yet we miss out on the privilege of being an instrument in God's hand to bring salvation and blessing to another soul.  Talk about a reward that will last for eternity!  If we are truly united to Christ, then we will be united to his mission, and, like Esther and Moses, we will see that the comforts and treasures of this life hold no comparison to the reward of serving our King.

This story of Esther further underscores that persons and events in time and space are sovereignly ordained by God.  As a gateway between East and West, Greece is a very strategic place for advancing missions.  And at this point in history, things seem particularly ripe.  The Greek government's debt crisis has many people looking for answers.  And Muslim refugees are now in a place where they can hear the Gospel freely.  Furthermore, our experience in the coffee industry over the last five years has prepared us to create a very strategic platform for bringing the Gospel to these people.

All of us who are in Christ have been placed in our circumstances "for such a time as this."  The mission of making disciples of all nations remains our priority.   All can pray, most can give, and many can go.  We (Marc and Denise) are committing our time, our resources, and our family to answer the call to go.  You too can participate in what God is doing in Greece through your prayers and your financial support.  Rest assured that our investment in the Kingdom will yield a return far greater than any we might hope to gain from investment in the world.

Fairview United Methodist Church
We have a number of friends who are members of Fairview UMC (Maryville, TN), and we were delighted to have an opportunity to meet with the Missions Committee this past Sunday (March 31) to share our vision for ministry.  Our time with the Committee was a great encouragement, and we look forward to their partnership!

Annunciation and Greek Independence Day
We mentioned several March observances above, but there is another that's become increasingly important to us.  In the Greek calendar, March 25 is a dual holiday -- Annunciation (the day marking Archangel Gabriel's announcement to the Virgin Mary) and Greek Independence Day.  And this past Sunday (March 31) our children participated in the celebration at St. George Greek Orthodox Church (Knoxville, TN), where we attend Greek school. 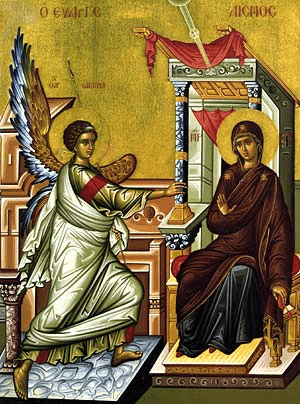 As we have learned in our Greek culture class, it is not coincidental that these two holidays fall on the same day.  Greek revolutionaries chose the day of the Annunciation to announce their own message of good news -- a proclamation that freedom would be won from the enslavement and tyranny of the Ottoman Empire.  The struggle was difficult and nearly failed, but international help secured the victory ... and the world is a better place for it!