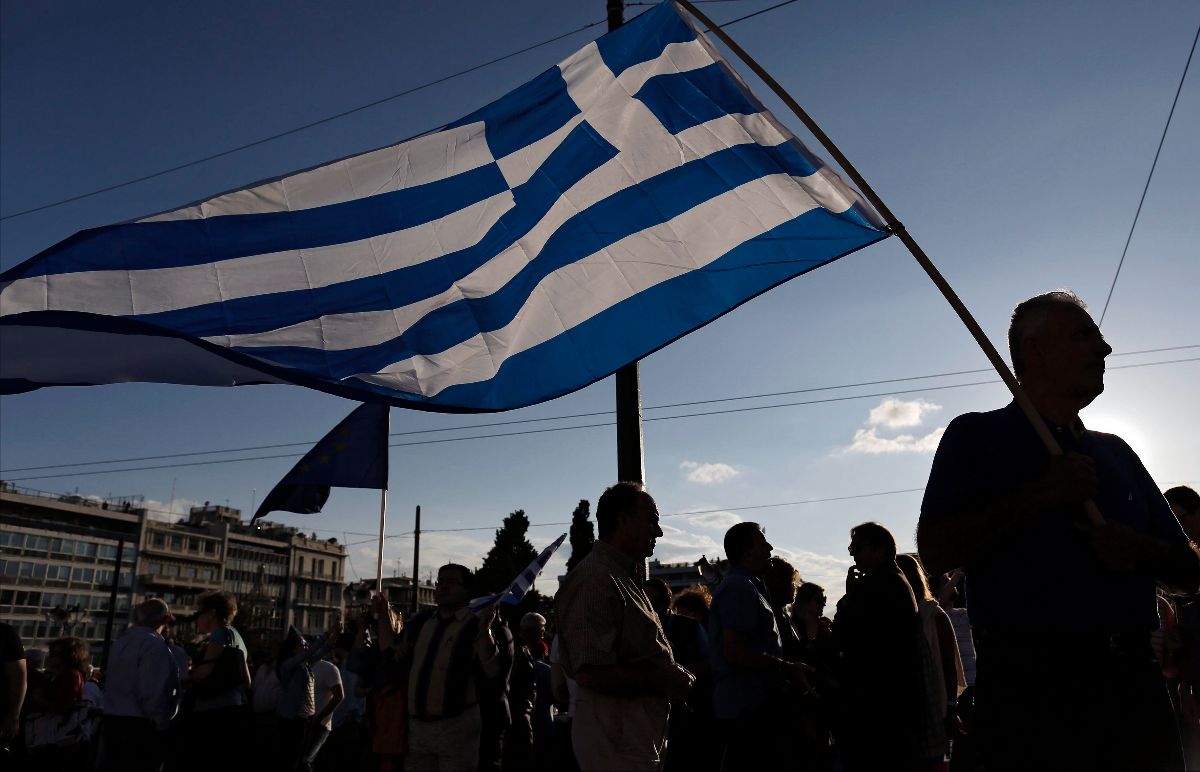 "When I shut up the heavens so that there is no rain, or command the locust to devour the land, or send pestilence among my people, if my people who are called by my name humble themselves, and pray and seek my face and turn from their wicked ways, then I will hear from heaven and will forgive their sin and heal their land." 2 Chronicles 7:13-14 (ESV)

Most of you are aware of the government-debt crisis that has devastated Greece for nearly a decade.  We don't have the depth of understanding, nor the space in this e-newsletter, to give a full account of the causes and effects.  But this paragraph from Wikipedia gives a brief overview:

The Greek government-debt crisis (also known as the Greek Depression) is the sovereign debt crisis faced by Greece in the aftermath of the financial crisis of 2007–08. Widely known in the country as The Crisis (Greek: Η Κρίση), it reached the populace as a series of sudden reforms and austerity measures that led to impoverishment and loss of income and property, as well as a small-scale humanitarian crisis. In all, the Greek economy suffered the longest recession of any advanced capitalist economy to date, overtaking the US Great Depression. As a result, the Greek political system has been upended, social exclusion increased, and hundreds of thousands of well-educated Greeks left the country.

Over the course of eight years, Greece entered into three separate debt bailout agreements with international monetary institutions in order to keep the government from default. However, 20 August 2018 marked Greece's exit from the third and final bailout program ... Greece was deemed to be firmly on the road to recovery.

But the overwhelming consensus is that the road to recovery will be long and difficult. Recently, Greek journalist Nikos Konstandaras shared his opinion in The New York Times in a piece entitled "Greece's Great Hemorrhaging".  Here is a snippet:

Greece’s government, a coalition of a radical left-wing movement and a nationalist right-wing party in power since 2015, celebrated the end of the country’s third bailout agreement last August as a “return to normalcy.” Our European Union partners and creditors, who disbursed 288.7 billion euros in loans over the previous years, also rushed to declare victory in the crisis that began in 2010...

But Greece is a long way from “normalcy.” Much has been done to make the economy viable, but the country needs an explosion of confidence and business activity: Recovery would take major new investments, political stability and further reforms to the public administration. But not only is the public debt greater than it was in 2009; citizens’ incomes have been slashed, their assets devalued, their property lost, their debts multiplied...

After elaborating on those challenges he adds:
But nowhere is the hemorrhaging of Greece more severe than in the departure of young people. Greece has seen mass emigration in the past, as poverty, war, dictatorships and lack of prospects drove mostly unskilled people to seek their fortunes in America, Australia, Europe and Africa. This time, though, most of those leaving are depriving the country of their skills and of its investment. Some 92 percent are university or technical college graduates, with 64 percent of the total holding postgraduate degrees, including doctorates... Some 18,000 medical doctors have left during the crisis; each had cost the state 85,000 euros to train...

Mr. Konstandaras then concludes:
In May, elections across the European Union will determine not only the European Parliament’s membership but also who gets to run its executive body, the European Commission. And a new president will be selected for the European Central Bank.

In an increasingly unstable world, no one wants the Greek crisis on the agenda. But the country’s struggle is far from over. Recovery depends on the Greeks’ own efforts and on the support of a European Union that is determined to succeed rather than concede to division. This year will show which way Greece and the European Union as a whole are headed.

Without question, God calls us to pray for our governing authorities and for the peace and prosperity of our societies -- political systems, economic systems, social systems and religious systems (I Timothy 2:1-2, Proverbs 21:1, Jeremiah 29:7).  Yet it's equally clear that we shouldn't put our hope and trust in men or institutions (Psalm 20:7, Psalm 118:8-9, Isaiah 31:1).  There's little doubt that Greece faces incredible challenges on the road to recovery, and there is tremendous opportunity for Greeks and others to contribute to the effort ... Christians especially should have the heart to help. But contrary to Mr. Konstandaras' ascertion, Greece's recovery does not depend "on the Greeks' own efforts and on the support of the European Union".  It is God who rules the nations (Psalm 22:28); He raises them up and brings them down in accordance with His own redemptive plan (Job 12:23, Acts 17:26).  Greece's future is wholly in the hands of the Lord.  And if Greece (or any other nation) is going to enjoy genuine peace and prosperity, it will come only through repentance and faith (Jeremiah 18:7-10).

Who knows, perhaps God has brought Greece to this condition with the aim of turning people to Himself.  Greece needs a Great Awakening ... the kind brought about by the Holy Spirit in response to fervent prayer and faithful proclamation of the Gospel.  As we've noted in prior reports, evangelical Christians represent only a tiny minority (no more than 0.3%) of the population.  And God has called our family to move to Greece and come alongside these brothers and sisters as they seek to make disciples and plant churches and see their nation transformed by Jesus.

Yet God has not only called us, He has called (and is calling!) other individuals, families and churches to partner with us in this ministry. Long-term, we need partners who will stay engaged in this ministry and pray earnestly for God to work in us and in Greece.  In the nearer-term we trust that some of those partners will help provide the necessary start-up and operating capital for the business (coffee) that will sustain us in Greece and provide a platform for disciple-making and redemptive presence.  And more immediately, we pray for partners who will commit financially to help us get there and establish ourselves during the first few years.  These initial years are critical to language learning and to developing the vital relationships with the local church which will be so important for long-term effective ministry.

We can't thank you enough for supporting this ministry however God leads you!