Leaders have the courage to speak up. Andy Stanley writes in his book, Next Generation Leader...

"A leader is someone who has the courage to say publicly what everybody else is whispering privately. It is his courage to act on what he sees, to speak up when everyone else is silent. Simply speaking up has the potential to transform an individual from a mere organizational ornament to an influencer -- a leader." 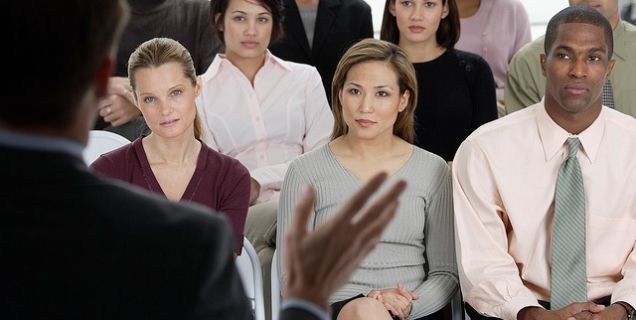 A good leader knows when it's the right time to speak up. If you're known as the one who always has something to say about everything, people will begin to tune you out. It's important to know what to say and when to say it. There's a time and place, and leaders are able to determine when the best time would be to speak up. The key is that when the time comes to speak up, you do it.

There's a story in the Bible about a woman named Abigail who spoke up at just the right time (1 Samuel 25:1-44). In 1 Samuel 25 David and his men moved to the Desert of Maon, and David asked a wealthy man named Nabal for some resources for he and his men (I Samuel 25:4-9). While they were in the desert, David and his men did not harm Nabal's men and even provided protection for them (I Samuel 25:7-8; 15-16, 21). Nabal refused David with a harsh reply (I Samuel 25:10-11). When David heard about Nabal's harsh response, he wanted to kill Nabal and all his family.

Abigail, Nabal's wife, heard about her husband's harsh respone and immediately ("lost no time" - 1 Samuel 25:18) took David and his men food and wine. When she sees David she apologizes for her husband's foolish behavior and tells David to avoid this kind of bloodshed as it could negatively affect his future kingship (I Samuel 25:28, 32-34; see I Sam. 19:5; 2 Sam. 16:7-8; 21:1). David listens to her and spares her and Nabal's household. Abigail risked her husband getting angry at her for speaking up to save her family. She spoke up at just the right time.

Leaders also have the courage to say what needs to be said. They have ability to tell you what you need to hear and not what you want to hear in a convicting and caring way. 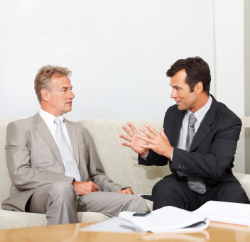 Abigail knew her husband Nabal would be angry with her for talking to David. When Abigail returns to tell Nabal what she had said, the Bible tells us Nabal was drunk on wine. Abigail wisely waits for the right time to tell Nabal the news. She tells him the next day when he was sober (I Samuel 25:36-38). When she tells him, his heart failed him, and he became like a stone. About 10 days later, the LORD struck Nabal and he died (1 Samuel 25:36-38).

Abigail told Nabal what he needed to hear and not what he wanted to hear. Leaders do that.

Abigail later married David and was recognized for her good judgment (1 Samuel 25:32-33, 39-40). Because she spoke up, she became an influencer, and it changed her life.