Last week Christ Covenant sent me and Andy Halbert to Athens, Greece, to visit The First Greek Evangelical Church. Our vision for this trip was to begin developing a partnership with First Greek Evangelical Church so that we can send groups to serve them in any way they need in 2016 and the future. We also wanted to contribute financially towards the refugee movement in Greece, and I'm delighted to say that Christ Covenant gave over $24,000.

As we were there, I learned about the ministry First Greek Evangelical Church is doing in the city and how they are helping with the refugee movement in Greece.

Ministry to the People in Athens

I stood where the Apostle Paul spoke nearly 2,000 years ago before a city council at the Areopagus ("hill of Ares"). While Paul was in Athens, it says he was "greatly distressed to see that the city was full of idols" (Acts 17:16). He boldly talked about the God of the universe Who does not live in temples built by hands but is Lord over all. What Paul was saying was completely contrary to the Greek culture as they had temples everywhere, representing all of their Greek gods (Ares, Zeus, Apollos, Hermes, Athena, Poseiden, etc).  After Paul gave his speech, a few men became followers of Jesus Christ (see Acts 17:16-34).

About 2,000 years have passed since Paul's famous speech in Greece, and a city of 4.5 million people is still plagued with its Greek philosophy and orthodoxy. Christians represent less than 1% of the entire population of Athens. Greece's economy is struggling dramatically, there are weekly demonstrations and strikes, and a majority of people don't trust their government or law enforcement. On top of all of this, the city has thousands of refugees who cross its borders.

Pastor Giotis Kantartzis of the First Greek Evangelical Church is leading an effort to make a significant impact for Jesus Christ throughout Athens. Since 2011, First Greek Evangelical Church has planted 4 churches throughout the city, and they are currently planting another as we speak. Here are some pictures of some of their churches and pastors. 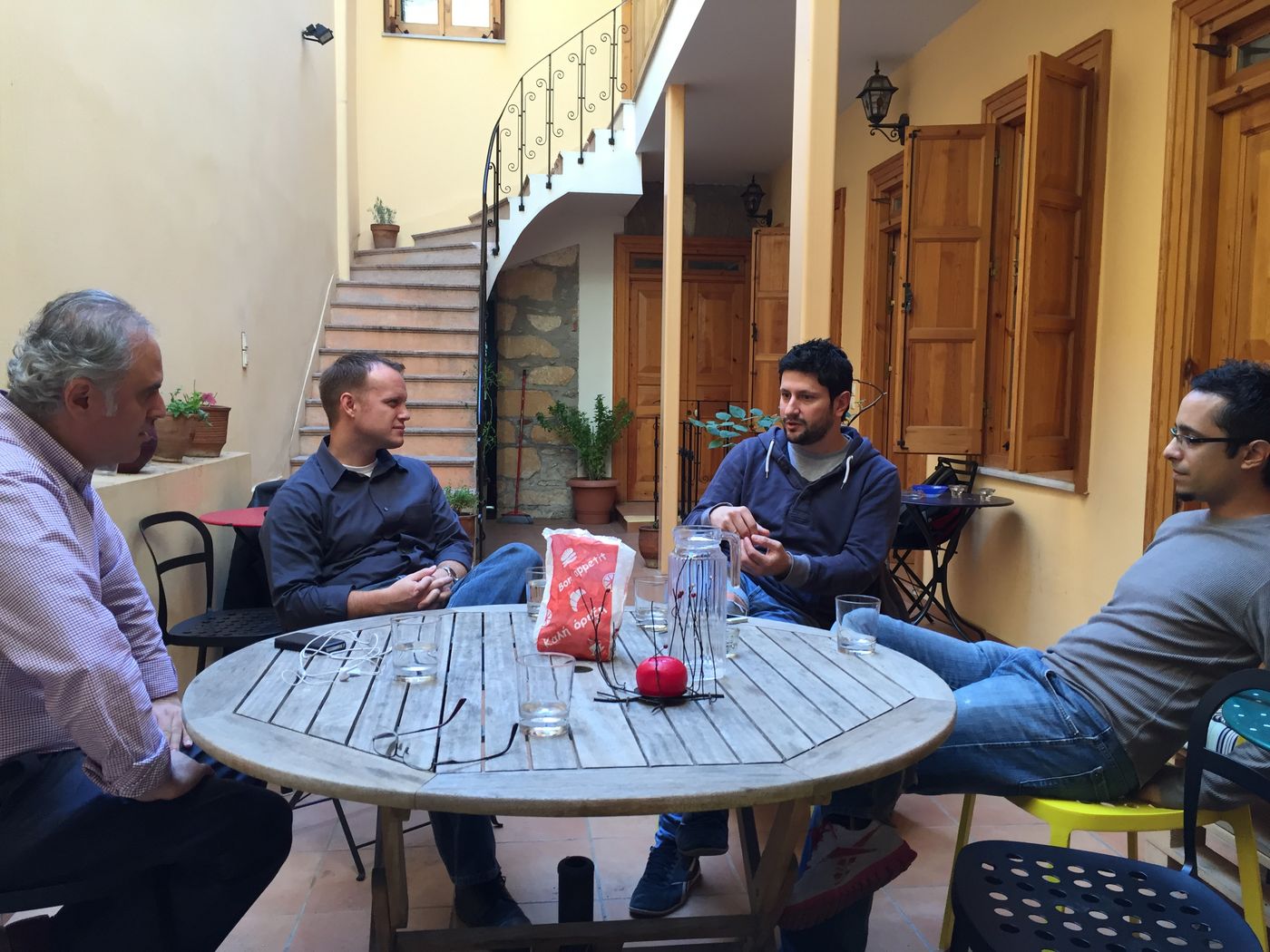 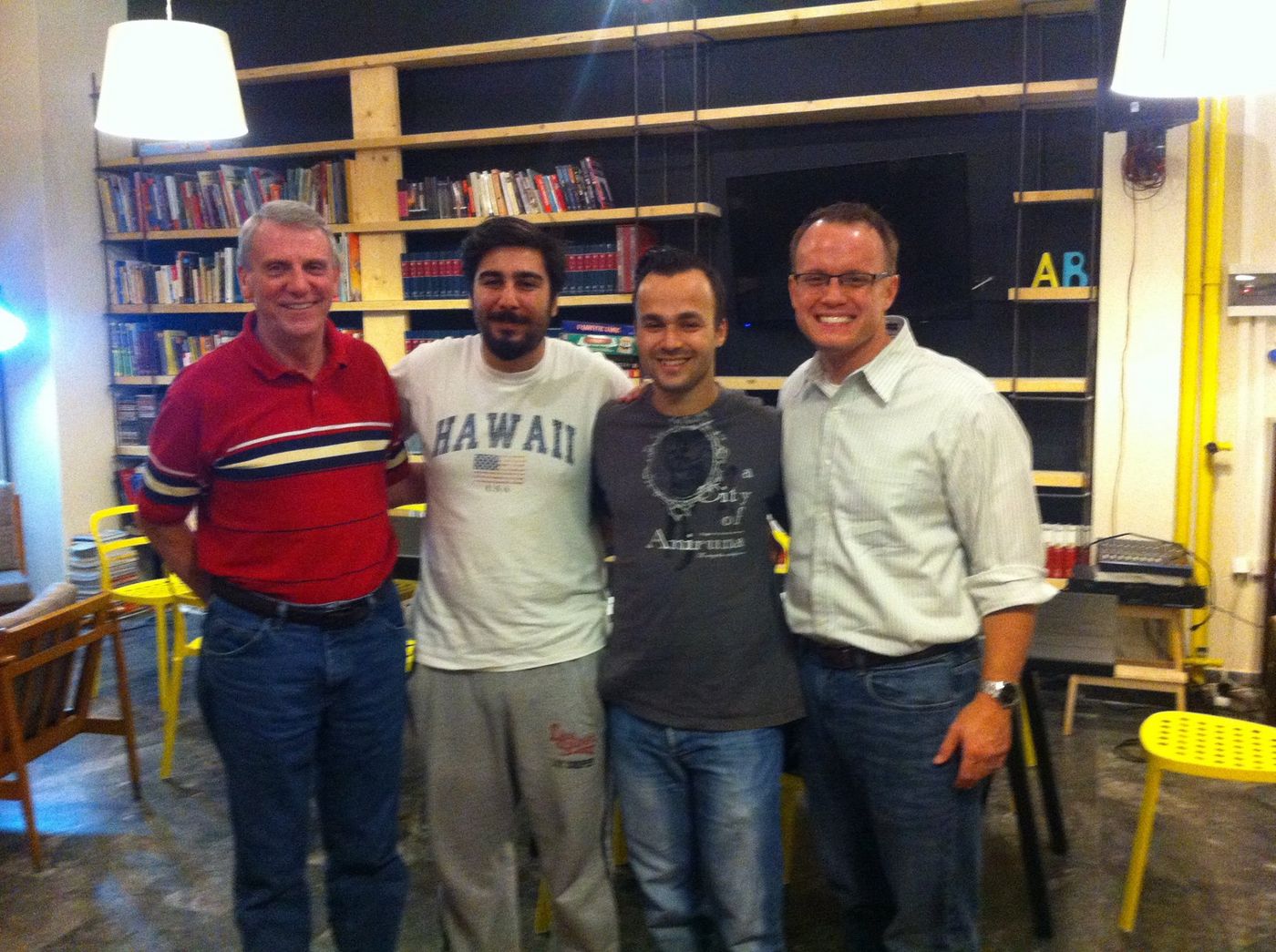 What impressed me the most about these churches was that the Church planters really fit the culture of the particular area they were placed. Also, several of the churches focused on being a multi-ethnic congregation. For example, the church in an area called Kypseli has over 19 nationalities of people groups who live, work, and play near the church. This church plant is working on forming a multi-ethnic congregation by providing various ministries to bring people together.

Greece's economy has struggled dramatically the past few years. 60% of young adults 18-30 years old are unemployed. The Churches we met with are providing seminars and  job training for young adults to help them learn certain skills and be prepared for interviews. There is also a Center that provides mentoring, tutoring, and training for kids, teenagers, and college students to prepare them for their futures.

Although it's easy to look at this city like Paul did and be greatly distressed, there is much hope in what God is doing through His Church. Here's a great video that summarizes all of their ministries in Athens.

Ministry to the Refugees

I saw firsthand this refugee crisis that we see and hear a lot about in the news. I learned that many Syrians will come by boat to islands in Greece. When they arrive on the islands, many get their paperwork completed there and then are taken to neighboring countries of Greece. There are some who also end up in Refugee Centers that the Greece government hosts. I was told many have money to get their families to neighboring borders.

The majority of refugees that I saw were from Afghanistan. These refugees don't necessarily receive the same aid the Syrians receive. I visited two refugee centers. It was moving and sad to see families with little children, exhausted from a long trip by boat. One of the places I saw was Victoria Square. There are hundreds of Afghani refugees who come to this Square every day and are preparing for their next journey. All of them looked tired, hungry, and some even had a look of confusion as to what was next. Most of them, however, were relieved that they were in a place where they no longer had to fear for their life or had a better opportunity from where they came from.

The First Greek Evangelical Church is hosting a center at Victoria Square to provide a place for women to rest while their children play. This center will provide bathrooms, laundry service, and emotional support as these families are facing trauma leaving their homes and entering foreign lands. They also hand out bags of toothbrushes and toothpaste and other sanitary items. One person told me that when they handed out these bags, they saw refugees immediately brush their teeth.

The other center I went to was a soccer stadium that was used for the 2004 Olympics. The goverment allowed this center to be opened for refugees, many of whom were Afghani. Christian churches and ministries gather together to prepare and serve food, clothing, and toys for kids. Many of the refugees stay at the soccer field for 2 days or so and then move on to the next stop. Here are some pictures of the stadium and some kids who were there. 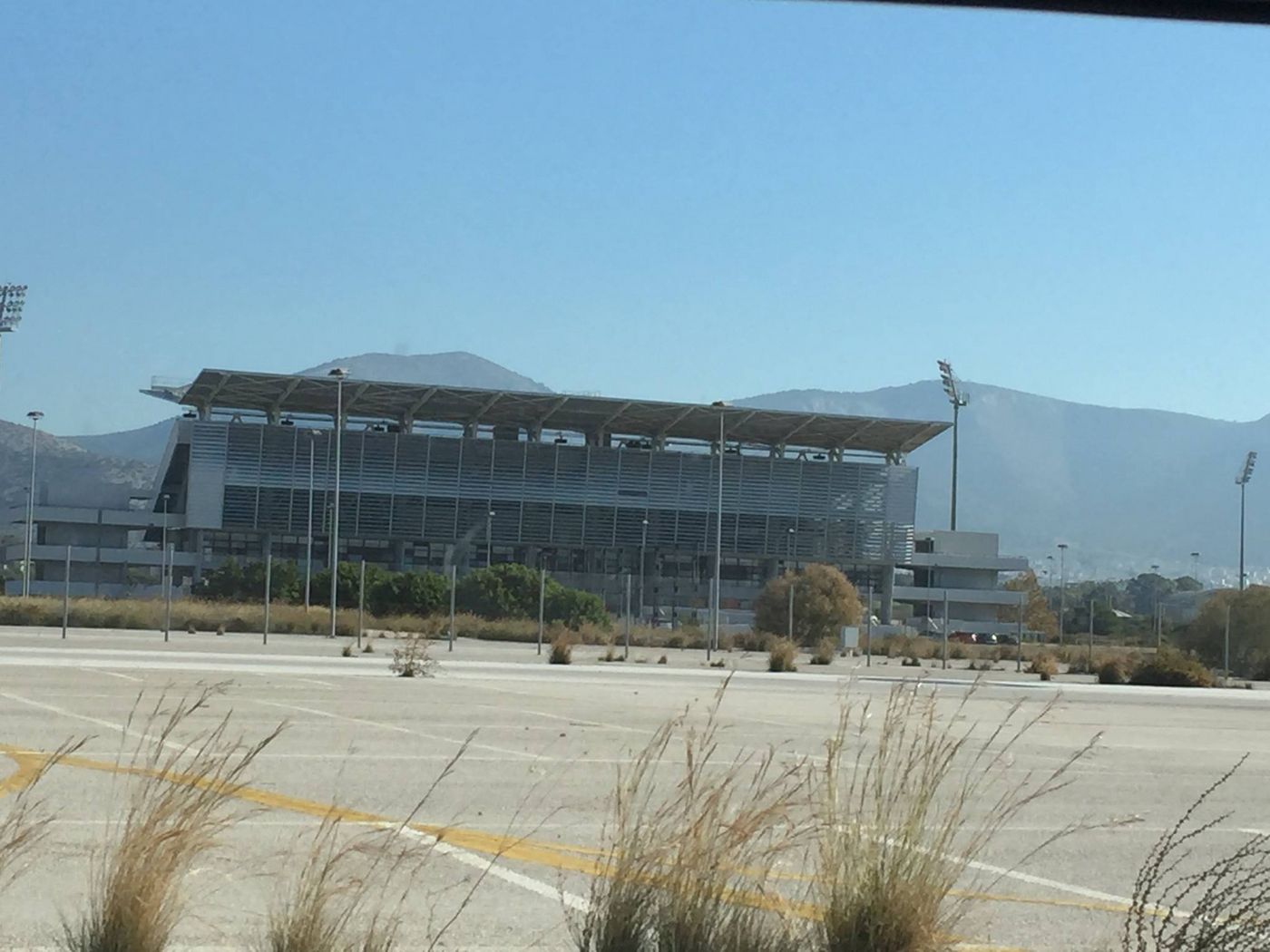 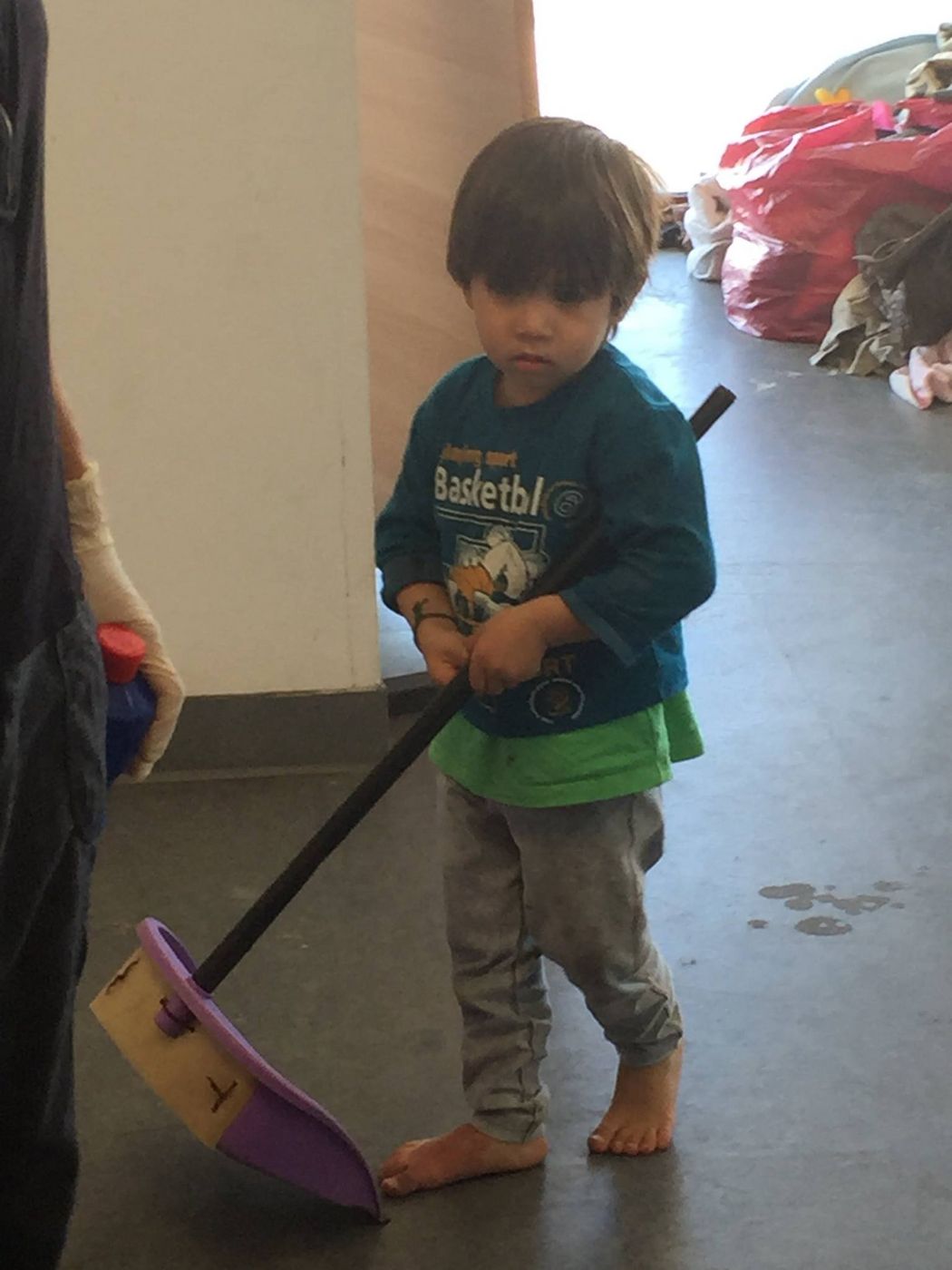 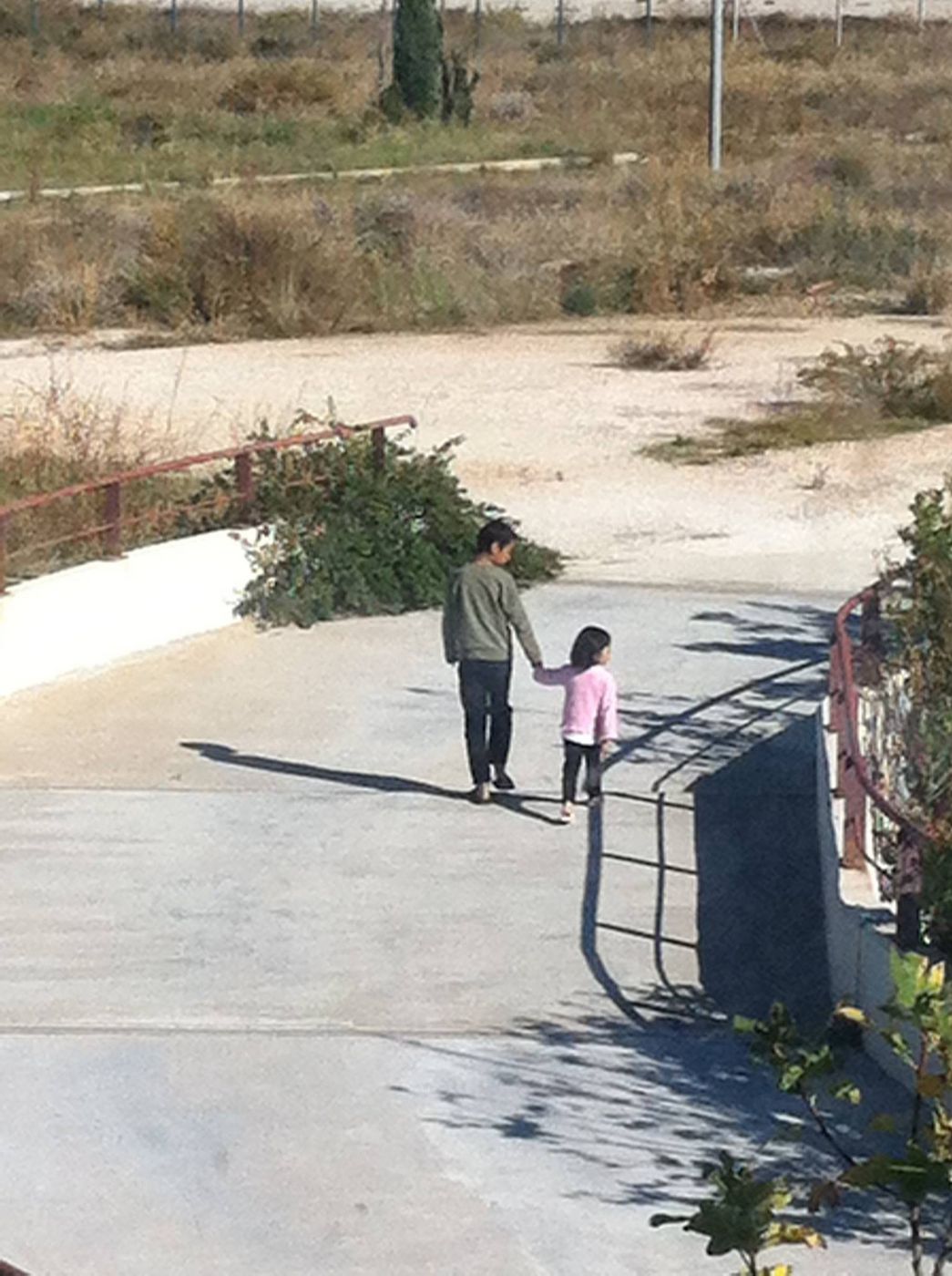 I learned that most refugees don't consider Greece their final stop because the economy is in shambles, and they know they would have trouble finding work. However, for thousands, Greece is their first stopping point, and these Christians want to show the love of Christ after a grueling journey. They want to offer as much help and support as possible as these people are struggling to survive. Most of these people have never met a Christian, and Christians who serve in these centers have a golden opportunity to shine the light and share the love of Jesus Christ.

Here are some interesting statistics about refugees.

My trip to Greece was eye-opening to say the least. I'm grateful the members of Christ Covenant gave generously towards the ministries to refugees, and I hope to take a group again in 2016 to assist these ministries. Please continue praying for the people of Greece and the churches who are on the ground. If you are interested in joining me next year, please let me know.