Now, some of you might be thinking, “Seth, you’re married. You have no room to talk.” It is true that I’m a happily married man; it is also true that I’ve been in your shoes before.

I always thought I would find my wife in college. When college ended, I went on to grad school and thought I would find her in grad school. The problem was, the school I went to was primarily men (Seminary), so my options were few and far between. During my college and graduate school years, there were times when I felt alone. I can’t tell you how many weddings I attended where I was the single guy. It seemed like everyone around me was married and had kids. Unfortunately I often let my singleness define me and negatively impact my life. I thought single was a bad word. 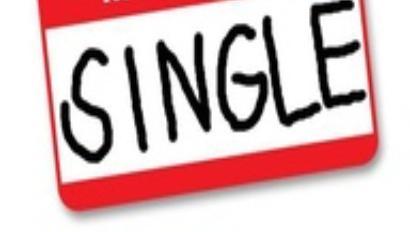 The reality is that single is not a bad word.

Tim Keller describes it this way:

“The ‘giftness’ of being single for Paul lay in the freedom it gave him to concentrate on ministry in ways that a married man could not (see I Corinthians 7:32-35)…Consider, then, that the ‘single calling’ Paul speaks of is neither a condition without any struggle nor on the other hand an experience of misery. When you have this gift, there may indeed be struggles, but the main thing is that God is helping you to grow spiritually and be fruitful in the lives of others despite them (see I Corinthians 7:1, 6-8, 32-35).” - The Meaning of Marriage

It’s obviously normal to desire to date and be married. The problem I had when I was single was that I would often let it consume my thoughts. There were times when I would ask myself, “What’s wrong with me?”

Most of the time in my single days, I didn’t view it as a gift where I could spend more of my time and effort ministering to others. I viewed it as a curse.

It’s easy to think the following when you’re single…

If you’re single right now, that is exactly where God wants you. If you are where He wants you, that is a good thing.